Lee Holley, the cartoonist, has died in a fiery plane crash

Mad magazine unveiled a new look, logo, and other changes. But is it so, the logo harkens back to the original Mad comic book logo. It captures the original look with slight modifications.

Bill Morrison teased Sergio by showing an awkward look at his marginals. It was a just a joke and a tease. For example, Sergio's credits were chopped out on the slide and the main editors blamed it on "Kevin," an intern. That was a running gag with the intern and other mishaps. 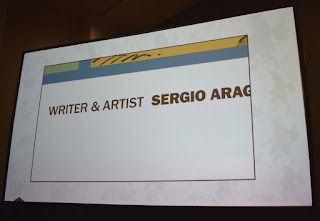 Sergio asked if they would still be known as the usual gang of Idiots...Morrison said yes, and I forget what the new group would be called.

One of the Mad folks made a song for Mad and performed on stage, with an acoustic guitar. 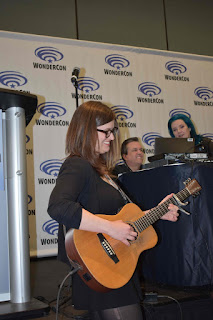 The new magazine will be numbered #1, and subscribers will continue to get the issues. 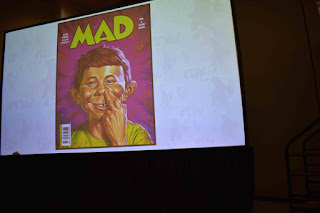 The layout will acknowledge the original comic book--here is a pic of Gaines with a Kurtzman pic. 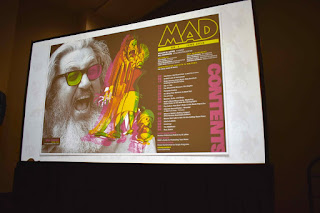 The first issue will carry a Star Wars parody. 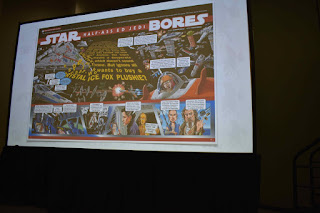 The MAD magazine group has also moved to the west coast.

Posted by CortoBD at 1:07 PM No comments:

Reverie is an entertaining and thought provoking show!

The writer and conceptual fellow presented at WonderCon the pilot of Reverie.

Not really a spoiled alert----but just in case--- it is a story about an ex-hostage negotiator who called back into service but in a different locale, and that is what makes the show interesting.

Marvel has another hit on TV with the debut of Cloak & Dagger. It is superbly written, acted, directed, and produced, and with great music to boot.

The director had a moment many years ago when her child said why weren't there heroes (on TV or the movies) that looked like them. She jumped at the chance to direct Cloak and Dagger.  It will be worth the wait. 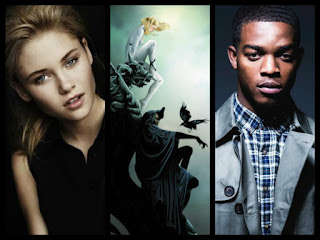 The pilot premiered at WonderCon 2018 to 99% audience approval.

Posted by CortoBD at 9:53 PM No comments:

Alan Moore's and Kevin O'Neill's book will premiere at the IDW booth this Friday at WonderCon! 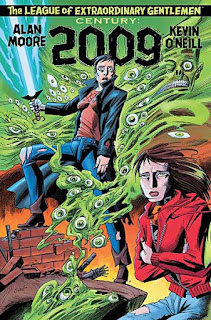 Fleisher wrote some of the latter Hex stories that Tony Dezuniga drew.

Sonic #1 to premiere at Wondercon!

Will Sonic #1 have a variant at Wondercon? 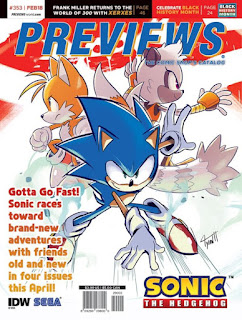 Best of Luck to Stan Lee

Best of luck and good wishes for Stanley Martin Leiber, better known as Stan Lee, who is fighting a bout of pneumonia. 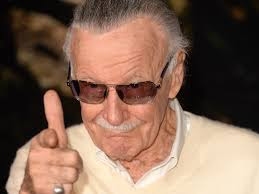 Long ago he came to Stockton after it was suggested by a local DJ that it was the closest city where the FF landed on their return from space, during FF#1.
Posted by CortoBD at 3:44 AM No comments: