Here is a beautiful combination of Niño's fluid lines over a John Busema layout. Commissioned by Soltero from the Buscema a Life in Sketches book. The Niño piece is on the right.

You can still order or reorder through Diamond.
The John Buscema: A Life in Sketches . It is listed at a special price of only 16 bucks, less than when it first came out. It is the first print, and first edition--extremely hard to find...............Previews order #   Nov14 1811

Prayers for Stan Sakai and family

Stan Sakai is a great artist, cartoonist, and father to his children. This week he lost his wife of 30+ years who had been fighting a brain tumor for ten years.

I met him long ago and he has always been courteous every time I met him at conventions.
He also works with Sergio Aragonés. I created a drawing for his charity which I sent to Bill Morrison over at Bongo comics.

My prayers to Stan. 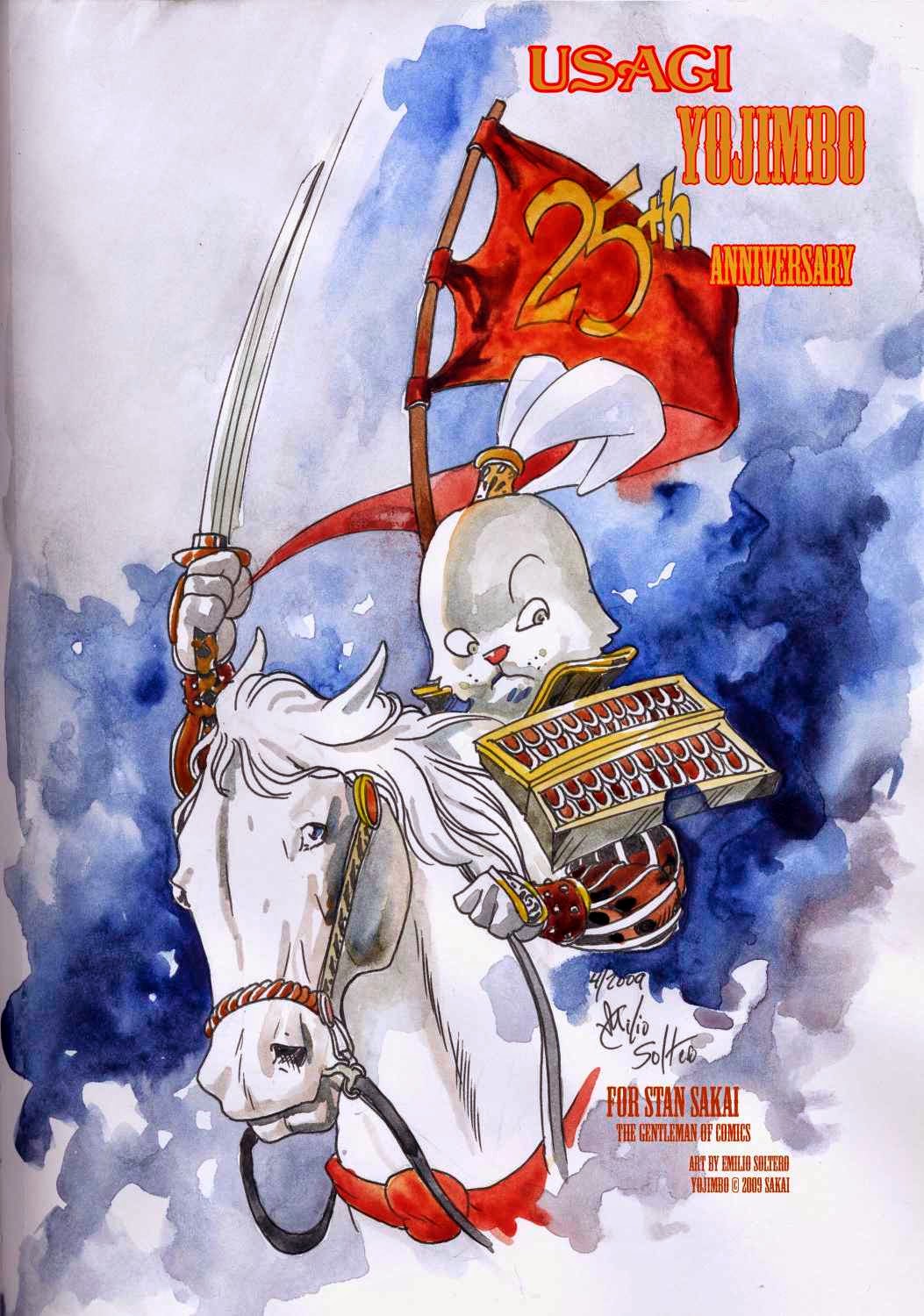 Apparently, the FX channel is planning a series on From Hell, based on the graphic novel by Alan Moore and Eddie Campbell. It first saw print as a mini series from Tundra, the imprint created by the TMNT co-creator. It is not clear if Alan Moore will be involved--most likely not. With the expanded frame there will be room to include more of the background that Moore included in his graphic novel.

Within a week ago, Alan Moore celebrated is 61 birthday. Within a year or so ago, Eddie Campbell came out with a reader on From Hell.

At the height of his Swamp thing popularity Alan Moore took a trip to the SD comic con in 1985, and it was the last one he would attend. After many years, he was voted into the SD Comic Con Eisner's Hall of Fame.
Posted by CortoBD at 12:26 PM No comments:

Sergio Aragonés has given an awesome talk in Tijuana, Mexico.
Check it out on YouTube.

Also, check out his recent Conan vs Groo issues.
Posted by CortoBD at 9:29 PM No comments:

Publisher: IDW PUBLISHING
(W) Stan Lee (A/CA) John Buscema
John Buscema was one of the most important artists at Marvel Comics for decades. He produced gorgeous pencils for some of the most iconic characters at the House of Ideas, including The Avengers, Thor, The Fantastic Four, The Amazing Spider-Man and many more. But he is perhaps most acclaimed for his stunning rendition of the noble Silver Surfer! This Artist's Edition will include Silver Surfer classics #5 and #6, both double-sized issues, as well as other stories, a cover and classic page gallery, plus more! All done with the full endorsement and cooperation of the Buscema family.
Item Code: JUL140338
In Shops: 11/26/2014
&
John Buscema: A Life in Sketches for November, 2014 Previews from Diamond. Order it today as it is selling for several hundred in the after market/collector's market when you can find it. It is listed at a special price of only 16 bucks, less than when it first came out. It is the first print, and first edition--extremely hard to find...............Previews order #   Nov14 1811
only 16.00 bucks 1st print, 1st edition, some copies may be signed by one of his inkers (only a handful).

John Buscema received and award at the 2001 SD comic con. Kevin Nowlan also finished a SUperman book of his for DC comics circa the same time.

His brother Sal continues to draw as well.

As a treat--a rare unpublished pencil of the Surfer by the great John Buscema, circa '68.
Never before seen. 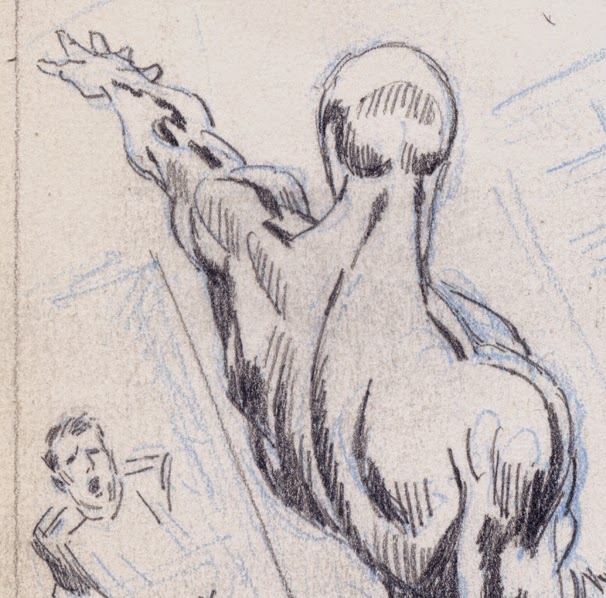 A new IDW john Buscema Silver Surfer is offered by IDW. It is printed at the original oversize format. It looks like it will be a great edition to the Buscema books of late.

The John Buscema: A Life in Sketches has been listed in today's Preview from Diamond. Order it today as it is selling for several hundred in the after market/collector's market when you can find it. It is listed at a special price of only 16 bucks, less than when it first came out. It is the first print, and first edition--extremely hard to find...............Previews order #   Nov14 1811
The original order# is


There can never be enough books on this great artist.

John was a boxer in his younger days and even drew some of the boxers at his gym.
Posted by CortoBD at 7:13 PM No comments:

Both events were a success. The Crocker event took place yesterday and many fine artists came to draw the figure for the entire day.

SDCC was great with many fine artists also in attendance. Soltero thanks Ericc and Kat for a fantastic job posing for the audience.
Posted by CortoBD at 5:38 PM No comments:

Dawn of the Planet of the Apes

This is an excellent movie as it depicts some of the most powerful human emotions through the Apes. Its achievement is in showing the apes as more than human on the one hand and as fallible in another.
The first original movie was excellent, the one from the 60s, with input from Rod Serling. This movie, I believe, surpasses all of the previous films. Check it out!
Posted by CortoBD at 11:11 PM No comments:


Cosplayers interested in participating may show up for event.

Emilio Soltero, Ph.D. (John Buscema: A Life in Sketches), and panelists present a primer on drawing the figure for popular media, including drawing for comics and character design. The focus will be on anatomy and figure drawing. There will be time to draw as well. Professionals and beginners are welcome. Bring your drawing supplies to draw models/cosplayers during this interactive presentation. Come ready to take notes and to draw.
Thursday July 24, 2014 6:00pm - 7:00pm
Room 30CDE
Posted by CortoBD at 11:02 PM No comments:


Be there for a fantastic presentation on dynamic figure drawing:

Emilio Soltero will cover ideas and techniques related to figure drawing; gesture drawing, and related. He will also cover some of the figure artists in history.
Posted by CortoBD at 11:41 AM No comments: 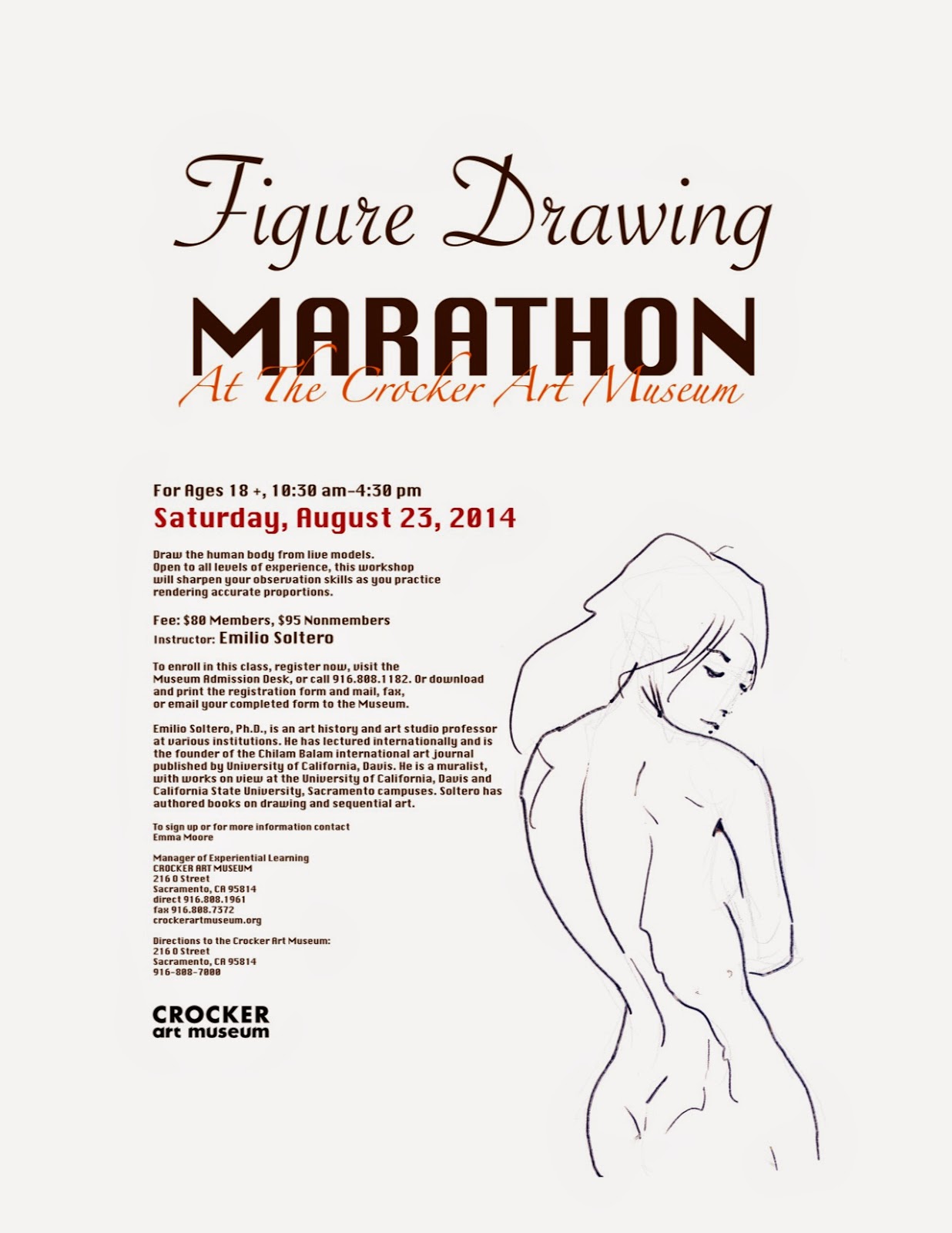 Emilio Soltero to lead Figure Drawing Marathon at Crocker Museum in August, 2014  and in July at  SDCC San Diego Comic Con International. Soltero's art has received praise from Frank Frazetta, Dr. Seuss, and Wayne Thiebaud, among others. Sign up today!!

"I have been fortunate to have met many nice cartoonists and comic artist, such Sergio Aragones, but one who rarely made it out to SD was Dick Ayers. He was an incredibly nice fellow when I met him in SD less than 10 years ago. He will be missed."
Soltero
Posted by CortoBD at 10:43 PM No comments: 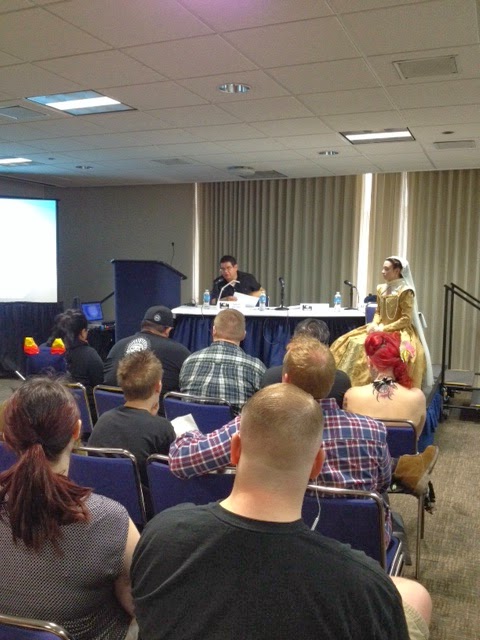 A good crowd at Wizard Sacramento with Emilio Soltero.
Other folks in attendance included Stan Lee, Neal Adams, and Chris Claremont of X men fame.
Posted by CortoBD at 11:48 PM No comments:

A SIX HOUR MARATHON OF FIGURE DRAWING. Do not miss it--sign up today!!

Draw the human body from live models. Open to all levels of experience, this workshop will sharpen your observation skills as you practice rendering accurate proportion.

Sign up and reserve at:
https://tickets.crockerartmuseum.org/Info.aspx?EventID=12
Posted by CortoBD at 11:46 PM No comments:

Emilio Soltero to run a one day FIGURE DRAWING marathon at the Crocker, summer 2014

Emilio Soltero to run a one day FIGURE DRAWING  marathon at the Crocker Museum, Sacramento, CA,
summer 2014---late August. Date to be confirmed asap.
Posted by CortoBD at 8:44 PM No comments: 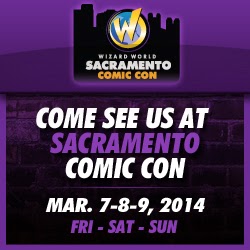 Posted by CortoBD at 8:34 PM No comments: